Mercury and Venus are both covered by the Moon while Jupiter displays Moon shadows. Saturn is beginning to lose its altitude, numbing the time telescopic observing can view fine details. Uranus is at opposition, now is the time to attempt observations but you may use the Moon to point it out later in the month. Neptune is also well placed near Jupiter.

November 3rd – Double Shadow transit where in Central North America we just see Io’s Shadow but it’s on the disk at the same time as the Great Red Spot. There is also an early afternoon daylight Occultation of Mercury by the Moon. Check local times via planetarium software or magazine articles but this is less than 15-degrees away from the Sun so exercise extreme caution and practice solar safety.

November 8th – Venus is 1.1-degrees south of the Moon and an Occultation occurs for parts of China, Russia and Japan. 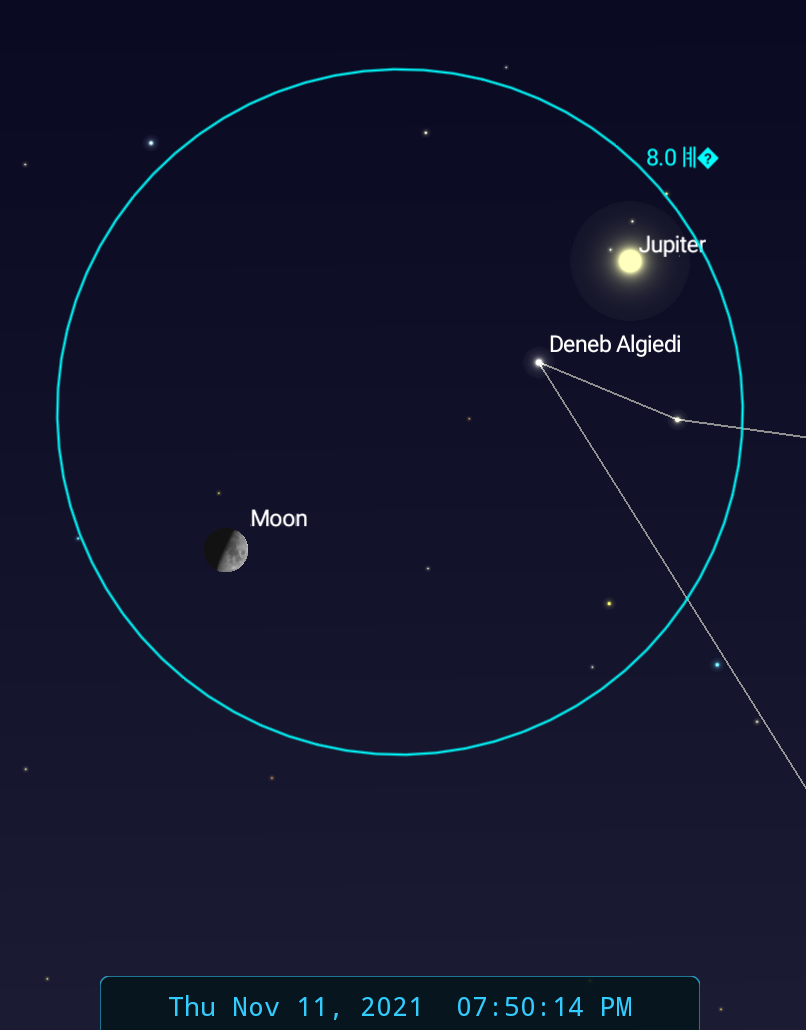 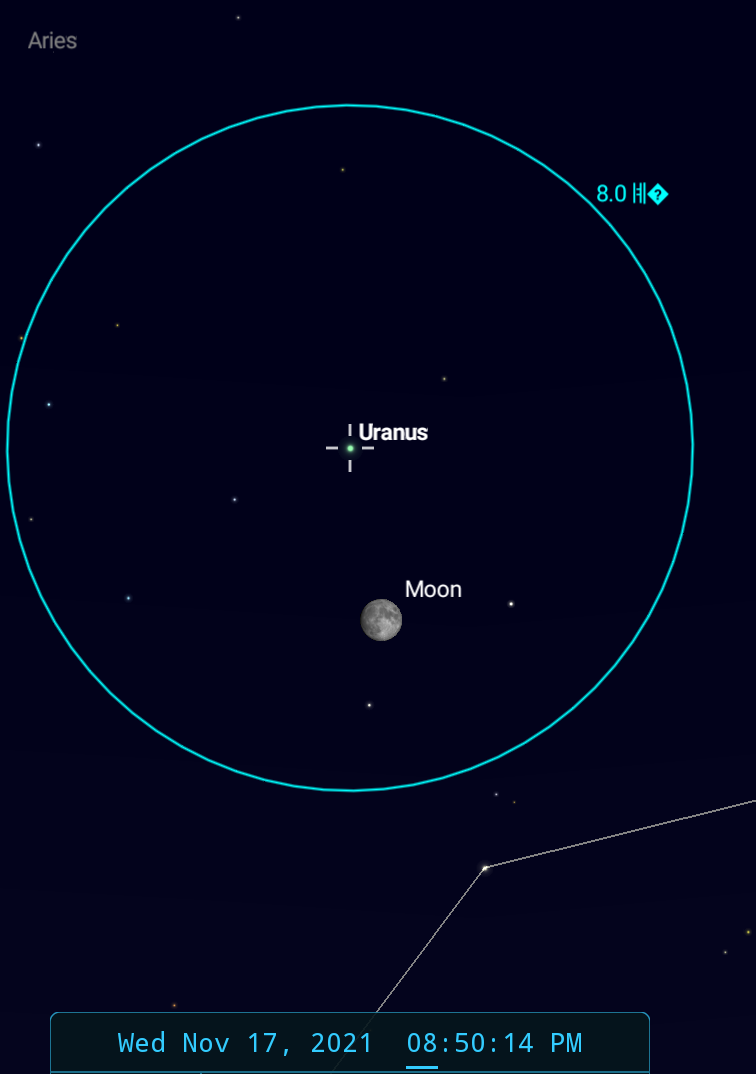 November 18th – Uranus and the Moon pair up for binoculars.