Best events for September: The Moon pairings with Uranus and Neptune make for great opportunities to hunt these elusive planets down.

Venus – barely escapes the Suns glow hanging out in evening twilight seemingly months on end. While telescopic observations will barely reveal the crescent shape Venus is often joined by the Moon.

Jupiter and Saturn are just past their oppositions, closest points to Earth, and remain closeby and favourably placed in the evening sky.

Uranus and Neptune are high up and available to binocular and telescopic observers armed with good charts.

September 1st – Zodiacal Light becomes visible in the eastern morning sky once the Moon leaves the scene and remains visible as a faint ghostly pyramid of interplanetary dust during the autumn months.

September 10th – Venus and the Moon and if you have a clear W horizon, Mercury in the evening sky after sunset.

September 14th – Mercury at Greatest Eastern Elongation, however, the southern hemisphere is favoured. The good news is Neptune is at opposition on this night, allowing for telescopic observations to be made all night long. 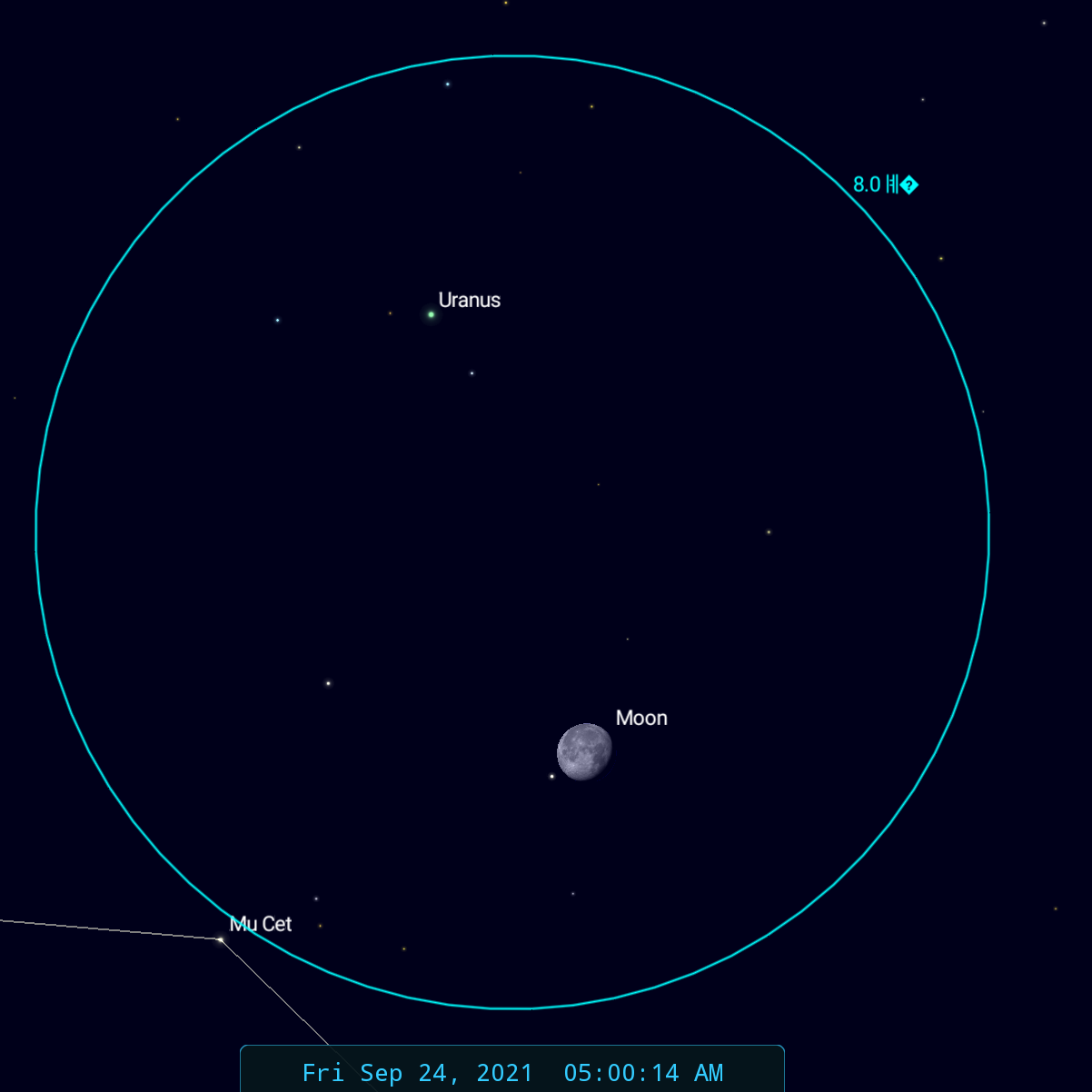 September 24th – Uranus 1.3-degrees north of the Moon for some locations but here it doesn’t get near this close and it’s best just before sunrise.

Comet round up – 2 brighter than 10th magnitude – 8P Tuttle