Nov. 3rd – Double Shadow Transit, we might catch the end here…good for EST and East. And if you happen to be listening from Antarctica…the asteroid Juno will be Occulted by the Moon…within 1-degree for elsewhere.

Juno, otherwise known as 3 Juno because it was the third asteroid discovered, in 1804, by German astronomer Karl Harding. It is one of the largest asteroids containing ~1% of the total mass of the asteroid belt.

Nov. 8th – Full Moon and Lunar Eclipse AND Uranus Occultation…for those W of us.

Uranus was observed many times before it was recognized as a planet, however, it was mistaken for a star. Perhaps the earliest observation was by Hipparchos in 128 BC may have noted it as a star for his star catalogue that was later added into Ptolemy’s Almagest. John Flamsteed alsot catalogued it in 1690 next to the Star 34 Tauri and French astronomer Pierre Charles Le Monnier observed Uranus at least twelve times between 1750 and 1769, including four consecutive nights. But William Herschel bagged the discovery when he observed Uranus on 13 March 1781 from the garden of his house. Goeorge’s star. Later Named after the Greek God of the Sky, Uranus…and has resulted in several centuries of jokes for the less mature astronomers out there. 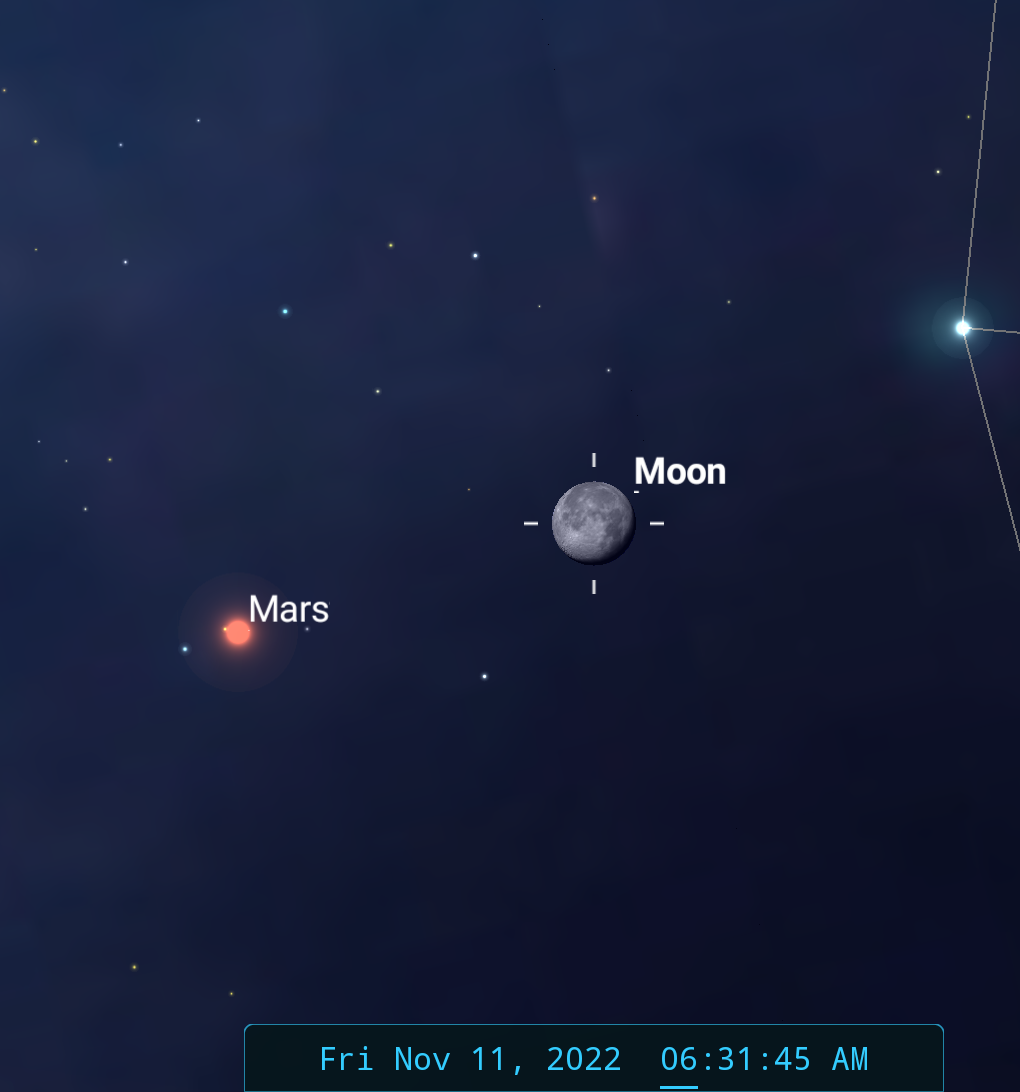