Objects to Observe in the July 2021 Night Sky

Best event for July: Moon, Mars and Venus in the same binocular field.

Mars and Venus pair up in the evening dusk.

Jupiter in Aquarius and Saturn in Capricornus are now well placed by midnight allowing for the best telescopic observations for 2021 this month and next.

Neptune is also in Aquarius and Uranus rises later in Aries, these outer Ice Giants can now be located in binoculars.

July 4th – Uranus 2-degrees North of the Moon & Mercury at Greatest Elongation West making it visible in the morning sky but the innermost planet will be best visible from locations south of 49-degrees latitude.

July 5th – Earth is at aphelion from the Sun

July 8th – Mercury 4-degrees south of the Moon but this will be a difficult observation.

A note on Conjunctions: Since the great conjunction of Jupiter and Saturn in Dec. we’re starting to see this term used more loosely. However, a conjunction is a line-up of at least two celestial objects in the sky relatively close together that share the same Right Ascension (RA) or ecliptic longitude in the sky.

July 12th & 13th – On the 12th the Moon Venus and Mars in the same binocular field while the 13th places Venus and Mars as close as 0.5-degrees for observers with telescopes this could present an interesting comparison. 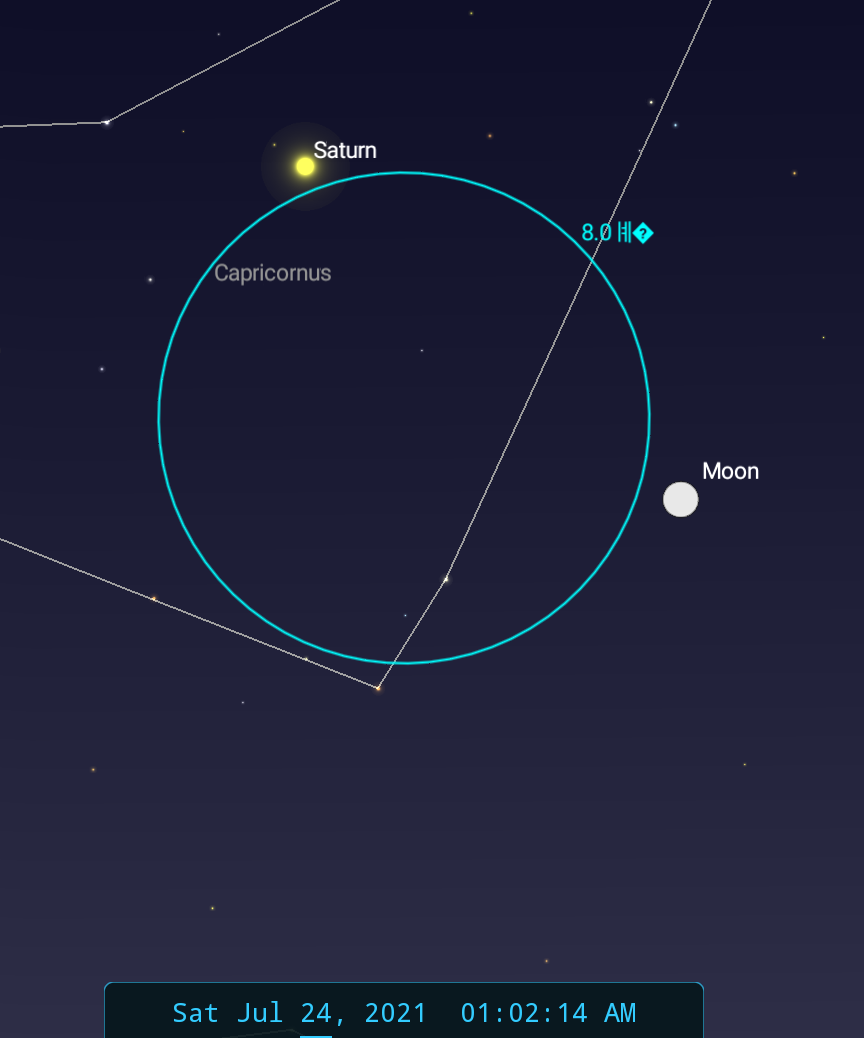 July 24th – Full Moon with Saturn 4-degrees North, but best visible from farther west than Saskatchewan, for instance, Japan 🙂 Since from here we won’t even get them in binoculars together.

Looks like all comets are 10th magnitude or fainter, I see 15P Finlay is getting some press but my sofware puts it at a dim 12.5 magnitude and reliable sites make it out no brighter than perhaps 9th by end of July.

Saturn is at opposition Aug 2, but start observing it late in July to see the rings brighten due to the Seeliger effect.