Objects to Observe in the May 2021 Night Sky

Best events for observing in May: Mercury/Venus and a Lunar Eclipse

Mercury – Begins the month in Taurus where it appears as a very early evening object on the western horizon paired with Venus a wide field binocular distance away. Mercury reaches greatest eastern elongation from the Sun on May 17th and presents the best evening opportunity to see Mercury for northern hemisphere dwellers in 2021.

Venus – Also resides in Taurus in May and remains too low for anything but naked eye and binocular sightings as it pairs with the Moon and Mercury this month.

Jupiter crossed over into Aquarius in April as it continues to pull away from Saturn left behind in Capricornus. Saturn is now high enough that it has emerged out of the gunk (poor seeing conditions low on the horizon) to begin telescopic observations 🙂

Uranus and Neptune are too close to the sun for observing this month.

May 1st – Mercury and Venus begin to pair up.

May 4th – Jupiter 5 degrees north of the Moon … from somewhere other than North America since we see them separated by more than 8-degrees from here anyway.

May 13th – Mercury and the Waxing Moon get as close as 2-degrees.

May 15th – Mars and the Moon in the darkening evening sky.

May 17th – Mercury at Greatest Eastern Elongation, 22-degrees from the Sun and the best evening appearance for the swift planet for North American Observers for 2021. It will be daily high up and with venus about 9-10 degrees to the South West. The position of Mercury makes a nice chance to try and perform some telescopic observations of the innermost planet.

May 24th – The last week of May marks the start of noctilucent cloud season. These can be seen until early August. Look northwest 90-120 min after sunset.

May 26th – Lunar Eclipse! Some will call it a Supermoon or Super Blood Moon. Still others will note it’s the 3rd supermoon (largest and brightest super moon of 2021)in a row. The Eclipse may underwhelm but is visible from Western North America, Pacific Ocean, Japan, Australasia, Eastern Asia. We see this one as the Moon is setting, from Saskatchewan we see it begin at 3am and it’s not fully eclipsed at Moonset. Maybe we could drive out to the Cypress Hills as that location will just get to see the Moon fully eclipsed.

May 29th – Mercury 0.4 degrees south of Venus in the west just after sunset.

May 31st – Saturn and the Moon 4-degrees apart. Just like how we started the Month but now the sky is much darker when they pair up, and with Jupiter to their far right should make for a pretty sight.

May is also the start of noctilucent cloud season – What are these? How and where to look?

REd Giant and it’s a Carbon Stars – semi-regular pulsating variable, 500 days and 18year variability hypothesides to be caused by a disk of material 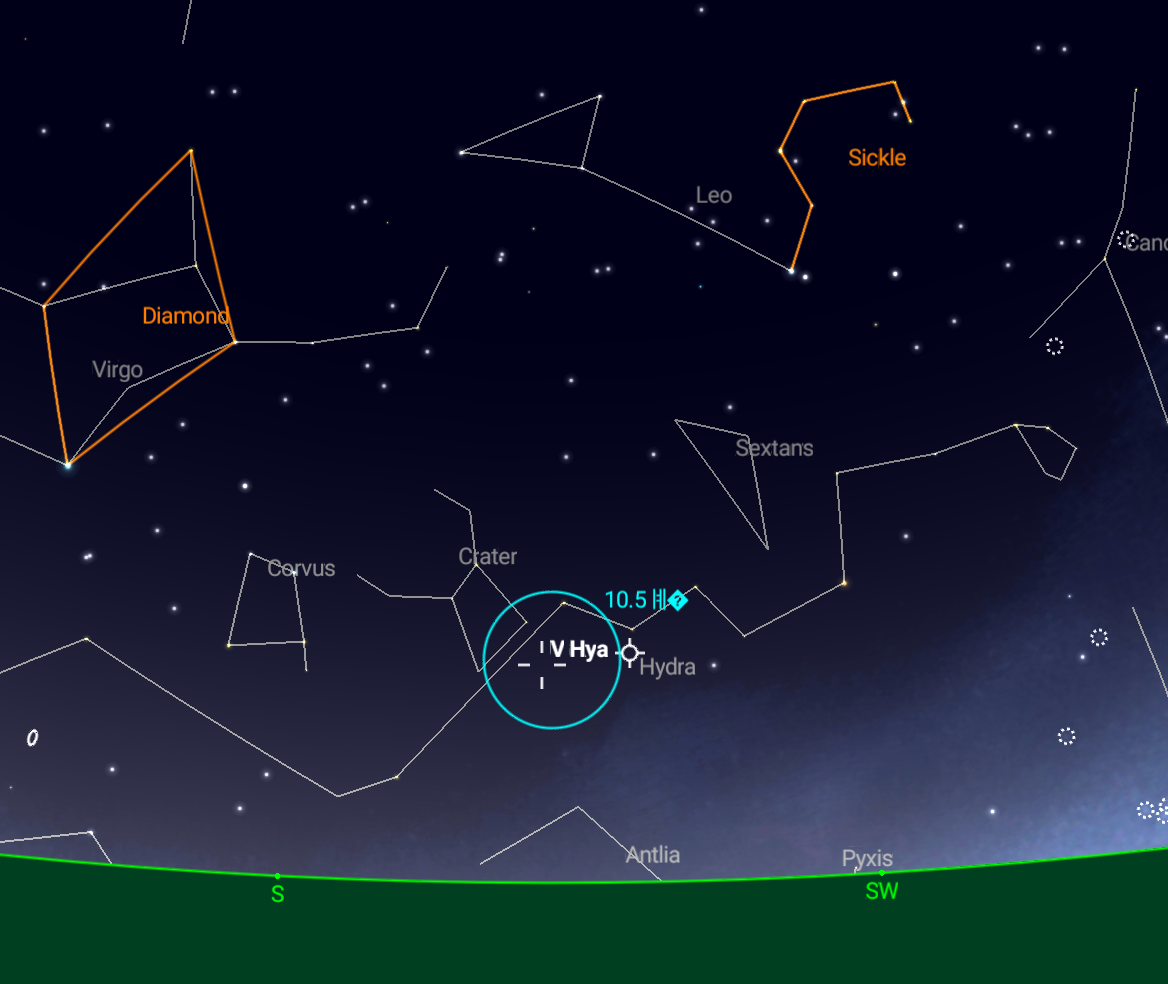