Jupiter & Saturn in the Constellation Capricornus which rises in the morning sky just before Sunrise – so whenever we are talking about them it’ll be am time. By the end of April Jupiter has moved eastward into the constellation of Aquarius as it continues its orbit around the sun.

Mars is now a pinpoint of light but remains high up in Taurus in the evening while Neptune is right next to the Sun and Uranus and Venus are also lost  in the bright solar glow.

April 3rd – Double Shadow Transit on Jupiter—Right at the Horizon for Saskatchewan…so maybe people on west coast of Canada can try for it. 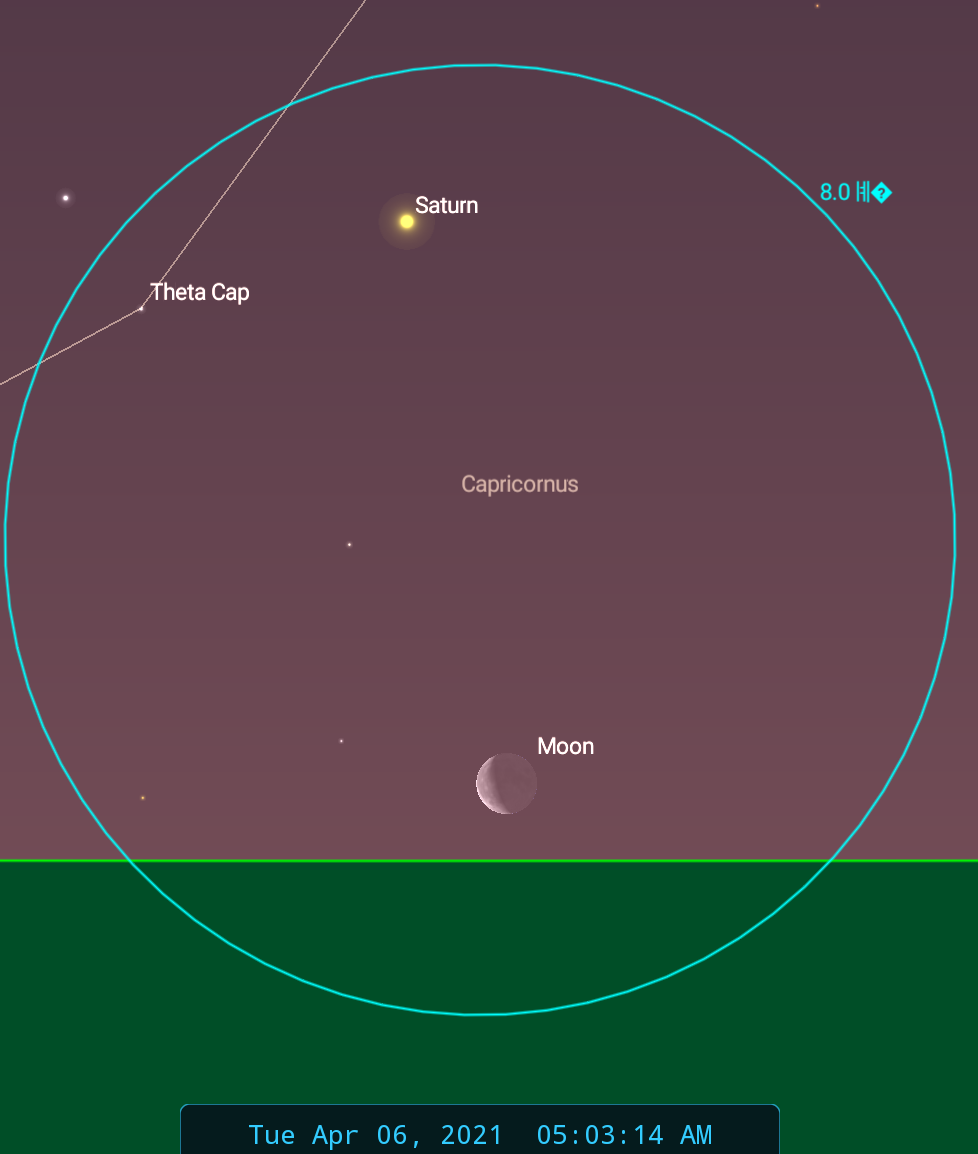 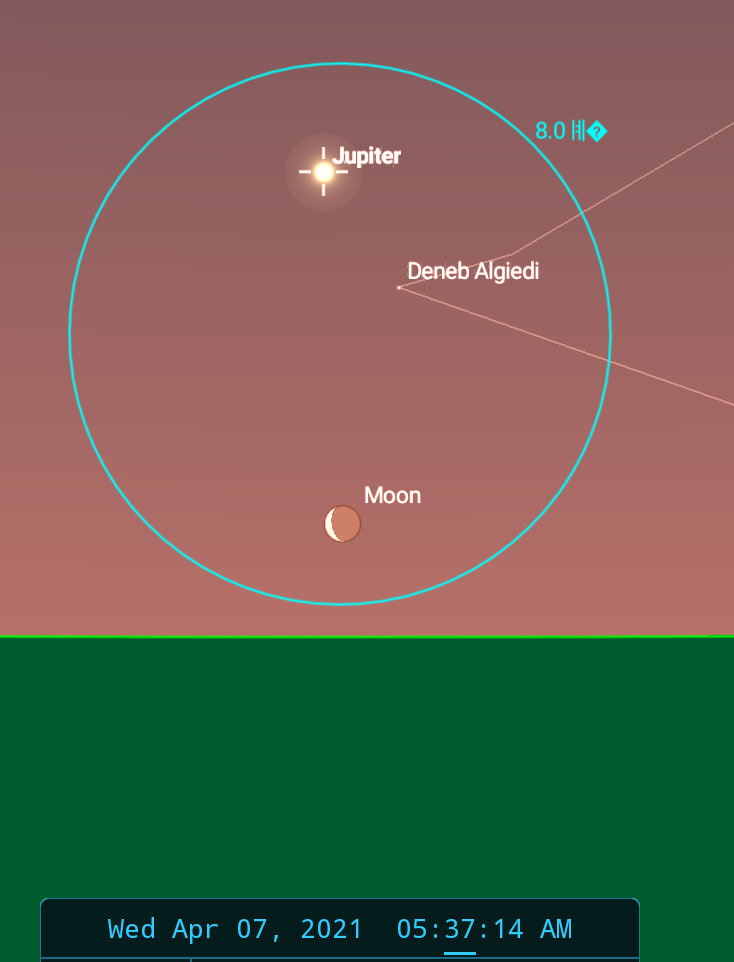 April 10 – Another Double Shadow transit on Jupiter but this one won’t be visible here in North America, but I think Japan is well placed on the morning of April 10th

April 14th – Double Shadow Transit but this time….maybe like eastern North America will be best. 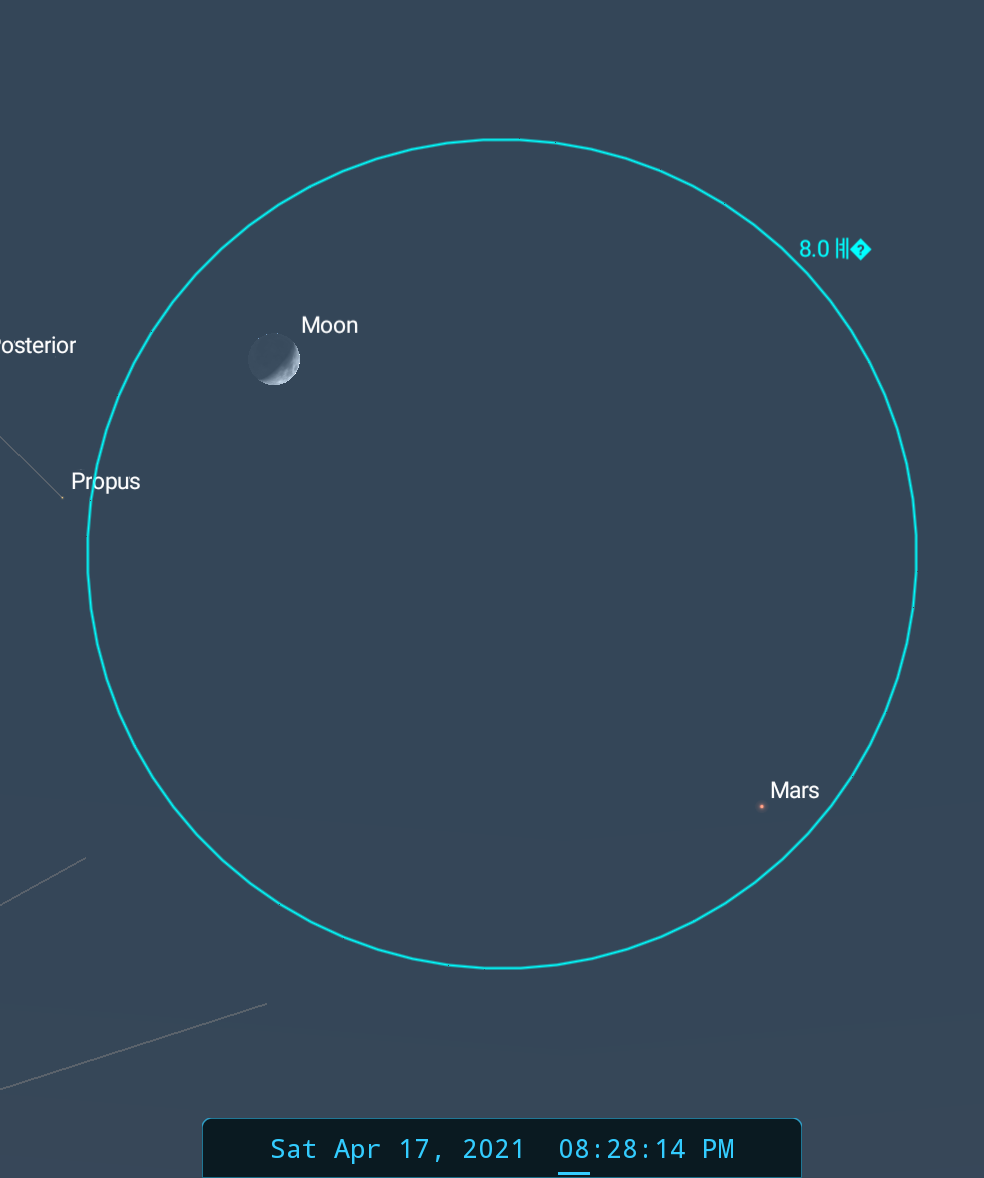 From North America they barely fit in a wide field binocular view.

April 22nd – Lyrid Meteors Peak in the early morning, look high in the East after Moonset ~4am.